In the abillionveg Spotlight Series, we’re getting the inside scoop on the people who believe in abillionveg’s mission and who are doing incredible things for sustainability. Meet Kayla Hill, who is at the top of the abv leaderboard.

Kayla Hill has led the review board on abillionveg for nearly a year. Her reviews have resulted in 800 dollars donated to 13 animal sanctuaries. Hong Kong’s vegan database is fleshed out primarily thanks to Kayla!

Her plant-based journey began on on the other side of the world in a small town in Ontario called Thunder Bay - a far cry from the cityscape of Hong Kong where she has been living for 4 years as an English teacher. In Canada, animals were always around. It wasn’t uncommon for wild deer to wander into the yard! 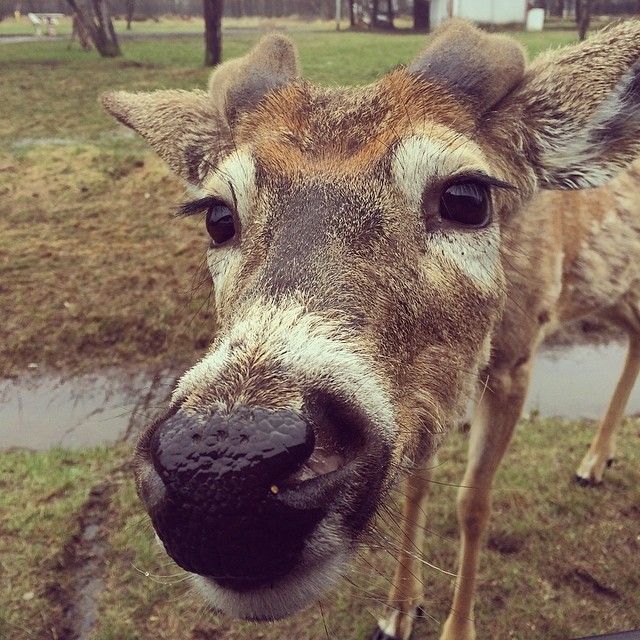 Kayla: Growing up in Canada, I had many interactions with wildlife even in my own backyard! Learning how to respect animals from a young age was a precursor for me going vegan.

Kayla’s father always had an affinity for pets and ran a hobby farm with chickens, goats, sheep, and more.

“I always thought of them as my pets, but my dad I guess was killing the chickens and we were eating the eggs. Then, when I was 12, my pet lamb Elmo was sent away because he was getting aggressive. Or at least that’s what I was told.”

Instead, Elmo was was served for Easter dinner.

Kayla: One of my favourite pets growing up, Norman the goat. Although my family didn't eat him (thank goodness!) they did feed me my pet lamb Elmo, which was the first moment I started refusing to eat meat as a teenager.

Since then, the pieces of the puzzle fell together when Kayla started learning about animal agriculture’s impact on the environment and our health. In Asia, her commitment to veganism has only grown stronger despite the daily hurdles of finding food in Hong Kong. It may not seem like the most hospitable place to vegans at first glance - as there exist considerable barriers to veganism in HK - but the buzzing city rewards those who stay a little longer, who venture a little further down narrow alleyways to find freshly made tofu, or who commit to visiting up to 4 different supermarkets to find vegan products. Check out her guide to plant-based dining in Hong Kong!

In Hong Kong, there’s broad scope for activism and awareness which have come to encapsulate part of Kayla’s vegan lifestyle as well. Sharks are one of Kayla’s favourite animals. Since learning that Hong Kong is the world’s shark fin trading hub, she has participated in activism to raise awareness to protect these beautiful creatures. 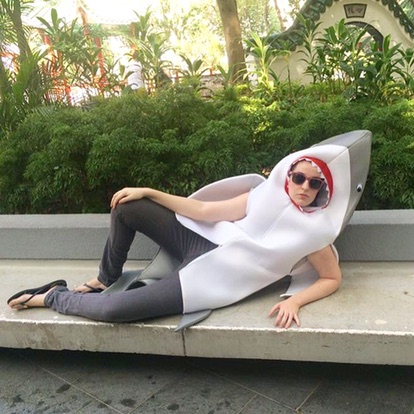 As for Kayla’s 827 reviews (and counting!) on abillionveg, she remarks simply, “I eat out a lot as it is - posting a picture of my meal after I’ve eaten it isn’t hard to do. The sanctuary aspect is a motivator because I’m a competitive person!”

It’s about more than a competition, however. Kayla used HappyCow a lot before abillionveg, which was great she says, but had its limitations. “I think with abv it’s better because you can read individual reviews about dishes. It’s disappointing to get somewhere that you read about online, and then not get something good.” She also finds plant-based inspiration on abillionveg: “If I’m a vegetarian using the app, I think I would be motivated to want to go vegan, or at least try. I see people doing cool things and that pushes me forward!” 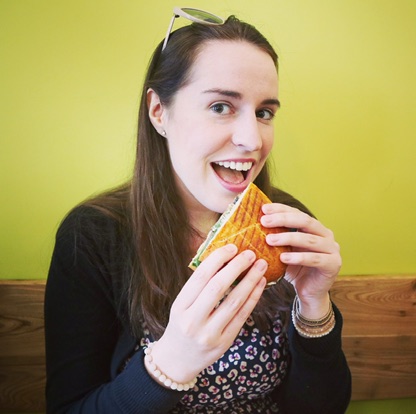 Besides Kayla’s engagement with the abillionveg app, you can find out more about what she eats and writes about on her blog Greedy Vegans. She is currently on a quest to find the best vegan burger in Hong Kong. Comment if you have recommendations!

Thanks to Kayla for pushing our global, plant-based community forward by consistently leaving thoughtful reviews!

Post
lou3 YEARS AGO
Thank you Kayla for all your awesome reviews!! 😍
REPLY
kaylabear3 YEARS AGO
Thanks guys!
REPLY
vikas3 YEARS AGO
Kayla you're amazing, I'm so honored to know you!
REPLY
shalini973 YEARS AGO
Just read this, being served your own pet lamb must have been horrifying 😰
REPLY